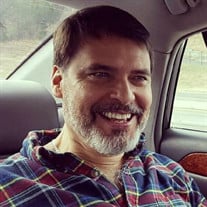 Ronald Paul Groh, 58, departed this life on Monday, October 15, 2018. He will always be loved and remembered by his family: his daughters, Kadie and Erika Groh; his mother, Betty Groh; his sister, Elfride Groh; and his brothers, Ralf, Robert, and Richard Groh – in addition to his nieces and nephews and extended family, friends, and members of both the Milford, CT and Morrisville, NC communities. A natural athlete – Ron was gifted with innate skill in several sports, including football, basketball, hockey, softball, and baseball. He loved competition, from his childhood years go-kart racing with the Cirillo boys on Clark Hill Lane, through his years as quarterback of the Foran High School football team, and into his adult years leading flag football wins. He was a sports aficionado who understood every nuance of sporting and could quote current stats effortlessly. Whether watching the Tour de France, World Cup Soccer, or the NFL, he was passionately interested. Ron had the heart of a teacher and the mind of an engineer, demonstrating patience and acumen while helping his daughters with school projects – each one started with a full schematic and a scale model. Ron was also their number one fan: when attending Erika’s basketball and volleyball games and Kadie’s dance and colorguard performances, he was always in the front row. He was on board to support Erika as a German Shepherd Rescue foster mom. His home was affectionately referred to as “Camp Daddy” – every dog was welcomed and given a nickname. Ron’s proudest moments were his daughters’ college graduations and academic accomplishments. Spending most of his working years as an electrician, he used his many skills to restore several homes. He and his brother-in-law, Chris Breving, were often partners in crime, deciding at a moment’s notice to tear down a wall, install windows, build a staircase; his then-wife and lifelong friend, Susan, often came home to see furniture scattered on the front lawn whenever they had a new project going. Ron’s attention to detail, meticulous approach, and passion for quality work were a gift which he lovingly shared with others. Ron lived his life with passion, fearlessly defending the people he loved. He enjoyed debate, learned a bit about everything, and was interested in every topic. Ron’s beloved African Grey Parrot, Mickey, has joined a new family, a selfless gesture by Ron to ensure that he continued to receive loving care and affection. Although Ron faced enormous challenges, he never lost his sense of humor. He had a quick wit and an infectious laugh – always the life of the party. His family have requested a private celebration of life. In lieu of flowers, please consider making a donation in Ron’s memory to: Morrisville Firefighters Benevolence, PO Box 923, Morrisville NC 27560.

Ronald Paul Groh, 58, departed this life on Monday, October 15, 2018. He will always be loved and remembered by his family: his daughters, Kadie and Erika Groh; his mother, Betty Groh; his sister, Elfride Groh; and his brothers, Ralf, Robert,... View Obituary & Service Information

The family of Ronald Paul Groh created this Life Tributes page to make it easy to share your memories.

Send flowers to the Groh family.