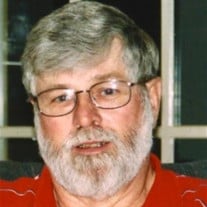 Robert Dickinson passed away on Monday March 27, 2017 in Cary, NC. “Bob” was born July 27, 1938 in Pittsfield, MA and was raised in Bristol, CT. Bob also lived in Winthrop, MA before moving with his wife of 46 years, Joan (Lewandowski) Dickinson, and their children to Fairfax, VA. He later retired in Williamsburg, VA. He was the son of Everett and Frances (Kelly) Dickinson. Bob graduated from the University of Connecticut in 1961. His college summers were spent working in his Uncle John’s TV repair shop in Bristol, CT; likely where his love of “tinkering” began. Bob’s career spanned 35 years working for the Food and Drug Administration. Bob enjoyed fishing and spending time out on his boat. His love of the water led him to volunteer for the Coast Guard Auxiliary in his retirement. Bob’s dedication to the Catholic Church began at a young age and was evident in his devotion to the Knights of Columbus where he was a fourth degree Knight. Bob’s sense of humor and quick wit always kept family and friends laughing and on their toes. His ability to “dish it out” was surpassed only by his ability to take it. His interest and knowledge on most any topic made him a valuable source of advice to many. Bob was one of the most generous people around; he could always be counted on to help out in any way possible. He is survived by his daughter and son-in-law, Patricia and Michael Cujas of Cary, NC; sons and daughters-in-law Michael and Meghan Dickinson of Apex, NC, Steve and Susan Dickinson of Holly Springs, NC; brother and sister-in-law William and Miki Dickinson of Narragansett, RI; sister Carol Anderson of Plainville, CT; grandson Nicholas Cujas of Monroe, NC; grandson Philip Cujas of Pineville, NC; grandchildren Ryan, Connor and Kate Dickinson of Apex, NC; brother-in-law Gary Bossak of Newington, CT; sister-in-law and brother-in-law Nancy and Henri Colella of Burlington, CT, as well as many nieces and nephews. Bob is predeceased by his wife Joan (Lewandowski) Dickinson, sister Joan (Dickinson) Bossak; brother-in-law Donald Anderson; sister-in-law and brother-in-law Marilyn and Edward Milano. A gathering will be held on Thursday, April 20st from 6:00 – 8:00pm at DuPont Funeral Home in Bristol, CT. A Mass Service will be held on Friday April 21st at 11:30am at St. Joseph Church in Bristol, CT. In lieu of flowers donations can be made in Robert’s name to the Alzheimer’s Association, http://www.alz.org or to Transitions LifeCare, Hospice of Wake County, http://transitionslifecare.org/.

The family of Robert Dickinson created this Life Tributes page to make it easy to share your memories.

Send flowers to the Dickinson family.