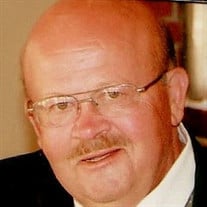 Robert Edward Boyd, 71, of Siler City, North Carolina passed away, with his wife and daughter beside him, on May 22, 2017 at Cambridge Hills of Pittsboro in Pittsboro, North Carolina. He was born on November 8, 1945 in Yonkers, New York to Harold and Catherine (Taylor) Boyd. Robert Edward Boyd, who liked to be called Bob or Bobby, was the youngest son in a family of four children. His oldest brother, Bill, lives in New Jersey, and another brother Ken and younger sister Carol are deceased. His father, Harold, worked on the Railroad, and his mother Kay was “a good homemaker from Alabama!” Bob told many stories about his relationship with his father, whom he followed in a career of working on the New York Central Railroad, Pennsylvania Railroad, and MetroNorth Commuter Railroad systems. He began as an electrician, became a foreman and regional supervisor before retiring after more than 25 years of service. In the 90s, living in Cary and later in Silk Hope, North Carolina, he briefly worked on The Carolinian rail service from Raleigh to Charlotte and IBM PC Manufacturing in Research Triangle Park. His wife Maxine and Bob met in Fishkill, NY. She had just transferred from Pittsburgh, PA with her job and he had moved up from NYC. They enjoyed laughing and dancing together from the start. They traveled and lived in many places, always taking changes in stride. This year they would have celebrated 45 years together. Their daughter Kathryn Leigh (Boyd) Moore , who was born when they were living in Highland Mills, NY, lives with her husband Steve and their children Kailynn and Clara McNeil, and Aiden and Elijah Moore in Clayton, NC. As a young man, Bob participated in all kinds of sports which he continued to enjoy later on in memory if not actively. He played football and ran track in his teens, caddied and loved to play golf throughout the years. He never stopped hunting: deer, turkey, antelope, and elk. He fished many places in and outside the U.S., deep-sea and freshwater, especially, trout. Action and sports events, and Maverick and John Wayne westerns were his favorites on TV. Many of Bob’s hobbies were shared with his father while he was alive. Bob did basically “everything outdoors” with his dad. “We were always together, on Carmel Lake or the Hudson River.” When his dad, a man of few words, called him “a natural,” it was the best compliment Bob said he ever received. He was especially keen to tell about his shooting the two biggest whitetail deer of his life in 2014 in Chatham County! Joining Piedmont Adult/Senior Healthcare (PACE) in February 2016, Bob attended the Pittsboro Center three and then five days a week until recently moving to Cambridge Hills of Pittsboro. Excerpts from an interview by Piedmont Adult/Senior HealthCare (PACE) in 2016 are paraphrased. Funny Hunter Valentine A hunter’s light went out today in North Carolina. The hunter was the Funny Valentine I met in a ridiculous instant of an hour on a Saturday night in Fishkill, NY. I never gave him my number, my last name, but eventually we bought a “ticket to ride” the big journey together. He never changed his hair for me or cared whether I was smart or not. We were not like Barbie and Ken. His idea of vacation was looking for bear at an Adirondack campground, while mine was going to Paris or Rome. But they say opposites attract and odd couples somehow balance what’s missing or complete what’s not. We danced all the dances; we were “two for the road.” He brought me flowers every chance. We enjoyed dressing up and eating out. He told me he loved me more times than I could count. We traded in our ‘80 Camaro for a station wagon when our daughter came; and, with her, we could live the fun all over again. I learned from him how to laugh at myself and to give as good as I got. He rescued me when I locked my keys in cars, was lost, or ran out of gas. I like to think, with me and my light, he became a better driver. In his light, I grew to be the woman I am. So, I say, “Go, sweet, Funny hunter Valentine. We're okay. Enjoy your peace.” Your light now, we know, is shining from the stars in Orion's Heavenly bow. MMB 2017 May 22

Robert Edward Boyd, 71, of Siler City, North Carolina passed away, with his wife and daughter beside him, on May 22, 2017 at Cambridge Hills of Pittsboro in Pittsboro, North Carolina. He was born on November 8, 1945 in Yonkers, New York to... View Obituary & Service Information

The family of Robert "Bob" Edward Boyd created this Life Tributes page to make it easy to share your memories.

Send flowers to the Boyd family.