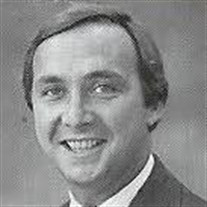 Richard Edward “Dick” Stewart, age 70, passed away on April 6, 2018 in Raleigh, NC. While he was a long-time Division I men’s college basketball coach, his life was more than just wins and losses. To his family, his zest for life, love, and laughter made him the winningest coach in history. Born October 21, 1947 in Cincinnati, OH to the late Robert Wallace Stewart and Ruth McBurney Stewart, Coach Stewart spent his formative years in Pittsburgh, PA with brothers Bob, Bill, and Tom before attending prep school at Worcester Academy (MA) and playing for legendary coach and personal mentor Dee Rowe. Coach Stewart was a star athlete and went on to play basketball at Rutgers University before being drafted by the Atlanta Hawks. Following a short professional playing career, Coach Stewart found his calling in a long-time coaching career. His illustrious coaching career brought him to stops at UConn, Penn, Oregon (and the Kamikaze Kids), Fordham, Penn State, NC State, South Carolina, and UNC-Greensboro. Following retirement from coaching, he remained active in the basketball community through administration and providing radio color commentary for UNC-Greensboro and Elon University men’s basketball games. Coach Stewart impacted the lives of many players, coaches, staff, administrators, officials, and fans. However, Coach Stewart’s best work was done off the court – he was the quintessential family man. Coach Stewart was a beloved husband to Patti, father to Salem, Ty, Kelley, Maggie, and Traci, and grandfather to Chase, Kyla, Nolan, Walker, Knox, and Emma. To his family and friends, Coach Stewart was a general directing his troops; a coach guiding and teaching his kids, grandkids, nieces and nephews; and the master of ceremonies and standard bearer for the celebration of all holidays, vacations, and pick-up basketball games. Most of all, Coach Stewart was a humble observer and audience, taking a backseat, soaking it all in, and standing to give a rousing ovation no matter the performance. He was a world traveler, which he delighted in sharing with his family, a dog lover, a walking encyclopedia of the best restaurants and hotels across the country and world, a true master of the grill, and loved trips to the beach, especially Fripp Island, SC. Coach Stewart was a fierce competitor, hard worker, loyal friend, and as authentic as people come. Coach will always be known for his infectious laugh. A deep belly laugh that lit up his face, his laughter was contagious and filled the room during one of his favorite activities – swapping stories and reminiscing with friends. Coach Stewart is survived by his wife, Patricia Wentzel Stewart; five children, Salem Lee Bartlett and husband Chip of Wilmington, NC, Ty Terrill Stewart and wife Sarah of Las Vegas, NV, Kelley Stewart Catlett and husband Christopher of Holly Springs, NC, Maggie May Warren and husband Julien of Trent Woods, NC, and Traci Stewart Johnson and husband Jeffrey of Cary, NC; two brothers, William “Bill” Stewart and wife Vicky of Birmingham, AL and Thomas “Tom” Stewart of Raleigh, NC; and six grandchildren, Chase Stewart, Kyla Bartlett, Nolan Catlett, Walker Catlett, Knox Warren, and Emma Warren. He is preceded in death by his brother, Dr. Robert Lee Stewart of Greenwood, SC. Coach Stewart’s life will be celebrated during a memorial service at the Kirk of Kildaire Presbyterian (200 High Meadow Dr, Cary, NC 27511) on Saturday, April 14 at 11 AM. The family will receive family and friends immediately following the memorial service. In lieu of flowers, donations can be made to the Richard E Stewart ’65 Memorial Basketball Scholarship at Worcester Academy (worcesteracademy.com/givenow Special Instructions: type name of scholarship) or help us honor and support the caregivers that meant so much to Coach Stewart and his family by giving to the Coach Stewart Caregiver Fund (gofundme.com/coach-stewart-caregiver-fund).

The family of Richard Edward "Dick" Stewart created this Life Tributes page to make it easy to share your memories.

Send flowers to the Stewart family.