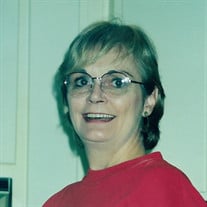 Patricia Pugh passed away at her home at Preston Pointe in Morrisville, NC. Tish to her immediate family and Pat to her friends was born on 17 Oct 1942 in Somerville, MA to Gladys and Robert McKelvey. Pat attended Matignon High School in Cambridge, MA and graduated from Boston University, School of Business. Pat married her husband Lt. Col. William G. Pugh (deceased) while working for the Army European Theatre in Germany. Pat and her husband also lived in Seoul, Korea and Fort Knox, KY. While at Fort Knox Pat enjoyed her volunteer work with the Girl Scouts and organized many wonderful activities for the girls. After retiring from the service, Bill and Pat settled in Atlanta, GA, In 2014, many years after her husband's death (2002), Pat moved to retirement living at Preston Point, Morrisville, NC and divided her time there with living at her place at the beach in SC. The beach was Pat's favorite place and she opened her home to friends and family. Pat touched many lives with her caring and wonderful sense of humor. Relationships were very important to her and she was especially loved by her nieces and nephews. Pat is survived by sister, Maryellen Bashioum (Douglas) and her brother Robert E. McKelvey (Audrey), nieces Nancy Ellen Kidwell (Bashioum), Mike Bashioum (Jennilynne), Chris Bashioum (Leslie), Jon Bashioum; Sue McKelvey-Goggins (Jeff), Michelle Hedquist (Brian), Karen Brown (Phil), Diane Stabler; 24 grand nieces and nephews and 8 great grand neices and nephews. Pat also is survived by her stepchildren Rhonda Horsting, William Lee Sutherlin and Lisa Dee Bird, brothers-in-law Richard Pugh (Jo-Anne) and Joseph Pugh (Alice) and their children. On Dec 12 at 12 noon, a Mass of Christian Burial for Pat will be held at St. Michael the Archangel Church in Cary, 804 High House Road, Inurment at the Columbarium behind the church and a reception at the Parish Center following the inurment. In lieu of flowers, contributions can be made in Pat's memory to Transitions LifeCare, Raleigh, NC or the Pancreatic Cancer Action Network.

Patricia Pugh passed away at her home at Preston Pointe in Morrisville, NC. Tish to her immediate family and Pat to her friends was born on 17 Oct 1942 in Somerville, MA to Gladys and Robert McKelvey. Pat attended Matignon High School in Cambridge,... View Obituary & Service Information

The family of Patricia McKelvey Pugh created this Life Tributes page to make it easy to share your memories.

Patricia Pugh passed away at her home
at Preston Pointe in Morrisville,...

Send flowers to the Pugh family.