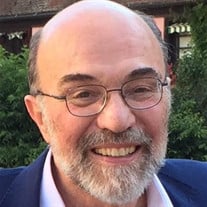 Milan M. Jovanović passed away peacefully on Tuesday, October 9, 2018, in Durham, North Carolina, USA, surrounded by his family. Milan was born in Belgrade, Yugoslavia, on May 21, 1952, and completed his elementary and high school education in Jagodina, Yugoslavia. He received a Dipl.-Ing. degree in Electrical Engineering from the University of Belgrade, Yugoslavia, in 1976, an M.S. from the University of Novi Sad, Yugoslavia, in 1983, and a Ph.D. in Electrical Engineering from Virginia Polytechnic Institute and State University (Virginia Tech) in Blacksburg, Virginia, in 1988. Milan was on the faculty at the Institute for Power and Electronics at the University of Novi Sad from 1976 to 1983. From 1983 until 1991, he was with the Virginia Power Electronics Center (VPEC) at Virginia Tech as a doctoral student and Research Scientist. Since August 1991, he was with Delta Electronics (Americas) Ltd., the U.S. subsidiary of Delta Electronics, Inc., Taiwan, one of the world’s largest manufacturers of power supplies, where he held the position of Senior Vice President for Research & Development. For over 40 years, Milan innovated more efficient ways of supplying electrical energy to information technology devices with smaller size and weight, from smart phones to data centers of major internet companies such as Google and Facebook. He led research teams in developing numerous power supply techniques, which are used in hundreds of millions of devices made by Delta Electronics and other manufacturers, enabling further miniaturization of electronics equipment and resulting in enormous cumulative energy savings and electronic-material waste reduction. Our world is a greener place thanks to Milan’s work. Milan was always ready to share his tremendous knowledge and experience. He was very active in the Institute of Electrical and Electronics Engineers (IEEE) and continuously encouraged his co-workers and all power electronics engineers to grow professionally through free and critical information exchange. He is the most cited industry-affiliated power electronics researcher in the world. He received numerous professional awards, he was a Fellow of IEEE, and was elected to the U.S. National Academy of Engineering in 2015 “for outstanding contributions to energy savings by efficiency improvements of ac-dc power supplies in information technology systems.” Milan was an open-hearted, enthusiastic, welcoming, and humorous gentleman, who enjoyed his many friends, neighbors, co-workers, and colleagues around the world. They all loved him and were eager to be led by him because he always put their welfare and advancement above his own. His outstanding ability to notice the simplest everyday events and comment on them with his special sense of humor made life more memorable for everyone who knew him. Milan is survived by his wife, Mirjana; daughter, Maria; and son, Max. A memorial service followed by a reception will be held on Saturday, October 20, from 11:00 a.m. to 2:00 p.m., at Delta Power Electronics Laboratory, 5101 Davis Drive, Research Triangle Park, NC 27709. To attend, please RSVP to [email protected] Milan will be laid to rest in Belgrade, Serbia, at a later date. In lieu of flowers, donations may be made in Milan's memory to the American Cancer Society, or to a cancer research organization of your choice.

Milan M. Jovanovi&#263; passed away peacefully on Tuesday, October 9, 2018, in Durham, North Carolina, USA, surrounded by his family. Milan was born in Belgrade, Yugoslavia, on May 21, 1952, and completed his elementary and high school education... View Obituary & Service Information

The family of Milan Miodrag Jovanovic created this Life Tributes page to make it easy to share your memories.