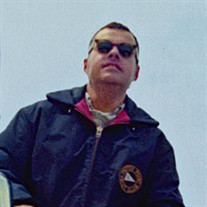 Michael Francis Klein Jr., a national expert on corporate taxes and a retired partner of the Price Waterhouse Coopers accounting firm, died on April 24, 2020 in Cary, NC. Michael was born February 10, 1934 in Bronx, New York. He was the eldest of three boys born to Michael Francis Klein Sr. and Clare Marie (Frey) Klein. He attended Cardinal Hayes High School, and graduated Summa Cum Laude from Iona College in 1956. Michael was a life-long supporter of his alma mater, and in 2015 he was inducted into the Iona College Ginko Society. In 1956, Michael joined Price Waterhouse in New York City, became a partner in 1968, and was appointed National Director of Technical Tax Services in 1988. Michael was a key advisor to the firm’s executive leadership, and those who worked with Michael noted his vast knowledge of the tax rules and his unique ability to communicate the business application. Michael enjoyed skippering sailboats along the New Jersey Shore where he raised his family in Middletown NJ. He served as commodore of Patten Point Yacht Club in Long Branch, NJ, and enjoyed many summers with his family at his shore home in Metedeconk, NJ. Michael enjoyed listening to music throughout his life, and his pleasant and kind nature shown through to the end. His family is grateful to those who cared for him, especially Roger for his unwavering dedication, as well as Grace and other compassionate caregivers. His family would also like to thank the nurses and staff of Brittany Place in Cary, NC. Michael is survived by his wife, Providence Klein of Cary, NC; his daughters, Catherine Marsico of Cary, NC and Janet Marr of Carmel, IN; his son Thomas Klein of Greenwich, CT; his brother Richard Klein of Red Hook, NY; and his six grandchildren: Sara, Emily, Samuel, Kathy, Michael, and Christopher.

Michael Francis Klein Jr., a national expert on corporate taxes and a retired partner of the Price Waterhouse Coopers accounting firm, died on April 24, 2020 in Cary, NC. Michael was born February 10, 1934 in Bronx, New York. He was the eldest... View Obituary & Service Information

The family of Michael Francis Klein Jr. created this Life Tributes page to make it easy to share your memories.

Send flowers to the Klein family.