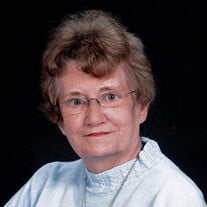 Marlene Ann Rollins Dixon, born March 22, 1936, died peacefully with family at her side at 1:57 a.m. on November 13, 2017, concluding a remarkable life. ​She was born at home in Dryden, New York, to Hilda (“Tillie”) Rollins and Harley Rollins. Her parents divorced when she was three and Marlene lived with her father. When her mother remarried, Harley Rollins made the supreme sacrifice and returned his daughter to her mother. Both parents continued to love and support her, with the addition of their new spouses, throughout their lives. Marlene gained three siblings from the marriage of Harley and Helen Rollins: Bea Mackey of La Grange, KY; Harley Rollins, Jr. (Debi) of Hull, GA; and Diane Rollins Hill (Jim) of Carrollton, GA. ​Marlene attended Broom Technical College and obtained a job at IBM in Endicott, New York, where she met Joseph Dixon. They moved to Cary, NC, in 1965 with IBM and married in December, 1966. Marlene finished her education at her beloved UNC-Chapel Hill and became a high school teacher. Upon her marriage, she gained four stepsons: Joseph Dixon of Chapel Hill; David Dixon (Robin) of Fuquay-Varina; Robert Dixon of Chapel Hill; and Ronald Dixon who pre-deceased her. To Marlene’s delight, her nephew, Alan Burns of Greenville, came to live with her and her husband. ​Marlene and Joseph Dixon had two children, Valerie Swanson (Dean) of Holly Springs and Greg Dixon of Raleigh. Marlene and Joseph Dixon divorced in July 1982. Before it was fashionable, Marlene was a strong woman. She returned to work, became a supervisor at GE, and raised her children, Valerie and Greg, on her own. She became an entrepreneur and owned several businesses, the last being her own real estate company. She retired at the age of 79. ​She loved UNC basketball and the New York Yankees – recently attending the Yankees’ Wild Card game with her brother. She also enjoyed the game of bridge. She played with many people through the years including those at the Middle Creek Community Center, her Saturday evening and then afternoon group, her Monday duplicate group, her Wednesday afternoon group, her Thursday afternoon group, and Fridays at MacGregor Downs. She loved all of you. For the last few years, she enjoyed bi-weekly visits from her nephews, Alan Burns and Terry Burns of Greenville. ​She also leaves behind several other nieces, nephews, great-nieces, great-nephews, and a grand-niece. ​Memorial Service will be at Cornerstone Presbyterian Church, 2220 High House Rd., Cary on Friday, November 17, 2017 at 11:30 a.m. Flowers may be sent to the church or home. Memorial contributions may be made to UNC Lineberger Breast Cancer Center through http://unclineberger.org/waystohelp/giving/memorial-honor.​

The family of Marlene Rollins Dixon created this Life Tributes page to make it easy to share your memories.

Send flowers to the Dixon family.