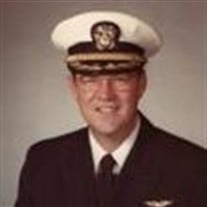 Kenneth M Martin, Captain US Navy, died 20 July 2017. Born 17 August 1939 and raised as a son of Texas to Stanley and Myrtle Martin. Captain Martin now stands watch over his wife, Rachelle of Spring Lake NC, and children, Kara Martin and Kelly Melanson of Virginia Beach, Va, and their mother Joy. He also leaves his adored grandchildren, Kaylie and Emma, his sister Jan and brother Jay and four loving nieces, as well as a family dynasty in Carrizo Springs, Texas headed by his honored uncle, Wallace Martin. His service is being arranged with military honors at the Arlington National Cemetery in Washington DC. Captain Martin was commissioned in Oct 1964 and won his wings as a Naval Flight Officer in Oct 1965. He served with distinction during 12 separate tours including AntiSubmarine and Composite squadrons, Recruiting Command Flag staff and various Recruiting Districts and Areas. Over his career he was the Commanding Officer at the US Naval Facility Antigua, West Indies, Fleet Composite Squadron SIX, NAS Norfolk, Navy Recruiting District New Jersey, Navy Recruiting District Detroit, Inspector General for the Recruiting Command, and Commodore of Recruiting Area EIGHT. Captain Martin was awarded four Meritorious Service Medals, two Navy Commendation Medals, two Navy Achievement Medals, and four Meritorious Unit Commendations. Ken was an outsized personality that immediately attracted the friendship of all that he met. His constant smile and outlandish tales (some of which were true) entertained a widely diverse group of friends that ranged from British Colonial personnel, cowboys, girls of all ages and sizes and even President Bill Clinton. Never for a loss of words, always encouraging the very best from those who worked for him and/or loved him, Ken would have been a record holder of the number of Facebook friends had he not despaired the medium and saved its use for only his family and very closest of friends. His kindness, genuineness and manifest humor will continue to live beyond his passing, enriching all who had the great good fortune to know him. In lieu of flowers, his wish was that a donation in his name be made to the Wounded Warrior Family Support organization at www.wwfs.org.

The family of Kenneth Mark Martin created this Life Tributes page to make it easy to share your memories.