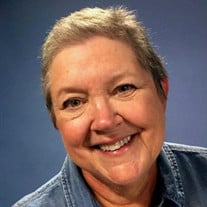 Kathleen Bresnahan Ackerman, better known as “Kathy” to her friends, “Mom” to her children, “OD” to her husband, and “Grammy” to her favorites, died peacefully in her home on March 8, 2022. Kathy was born on January 17, 1956 to William and Margaret Bresnahan in Youngstown, OH. After graduating from Cardinal Mooney High School (class of 1974) as an honor roll student and champion of the debate team, she went on to earn her degree from Miami University in Oxford, OH. At Miami, Kathy was a member of Alpha Phi sorority, attended Miami’s study abroad program in Luxembourg, and was an Honor Student every semester (except the one where she got a C in bowling). She majored in Communications, where she met Chris Ackerman their senior year. Their first date was on Halloween of 1977, he proposed the following April Fools Day and they were married November 11, 1978. Their son, William Robert (Bill) was born in 1981 and daughter Katherine Margaret (Katie) in 1983. Kathy was, among other things, a devoted wife, wonderful mother, talented quilter, super Grammy and an amazing friend. She gave her time and herself to several charities and volunteer opportunities, all of which she held close to her heart. She was always up for a challenge, down for an adventure, and able to troubleshoot any scenario with grace and a smile. Kathy was preceded in death by her father (William Wagner Bresnahan), mother (Margaret Lucas Bresnahan), brother (Michael Bresnahan) and sister (Mary Jo Olson). She spoke often about being glad to get to see them again in Heaven (along, of course, with her old dog, Mary). She is survived by her husband of 43 years Chris, her son Bill and his wife Julie and their children Charlie and Lucy, her daughter Katie and husband Ben and their child, Baxter. She is also survived by her sister Sue McHugh and her brothers Bill Bresnahan (Joyce), Pat Bresnahan (Jill), Dave Bresnahan, and Tim Bresnahan (Kelly). Kathy’s family would like to give special thanks to Margaret Johnson, MD, Casey Brown, DNP and the staff at Duke Cancer Center/Tisch Brain Tumor Center, Judy Welsh, RN and the team at Duke Hospice as well as Dulce Weitkamp, Amanda Burns, Karin Fludd, Carla Hankins, Mary Dowuona and everyone at Homewatch caregivers. They all provided exemplary care for Kathy during her illness. A private funeral service will be held in early April. A Celebration of Life will be held in Cary, NC on April 30, 2022 in conjunction with the Angels Among Us Walk for Hope (details to be announced) and a second Celebration of Life will be held in Youngstown, OH sometime in September 2022 (details to be announced). In lieu of flowers, the family asks that you consider making a donation to Angels Among Us (https://www.supportdukehealth.org/site/TR/Angels/AngelsAmongUs?team_id=25453&pg=team&fr_id=1590), which funds brain cancer research at the Tisch Brain Tumor Center at Duke University, The Caring Community Foundation (https://www.caringcommunityfoundation.org/donate-revise-06-20), Casting Carolinas (https://castingcarolinas.com/donate/) or a charity in your community that you hold dear.

Kathleen Bresnahan Ackerman, better known as “Kathy” to her friends,...

Send flowers to the Ackerman family.