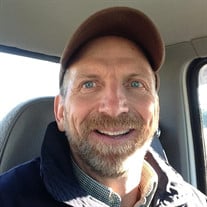 Jerry Ray Harvey, born 22 minutes after his identical twin Gerry Jay, on April 26, 1958 in Wahiawa, Oahu, was taken to his eternal heavenly home on June 25, 2018. His sparkling blue eyes lit up his face like a Christmas tree and his enthusiasm for life was apparent. Jerry was a doer, a hard-worker with determination to provide well for his family. He was a ball of energy with a never-give-up attitude. Jerry was conservative, but freely giving of his time and talents and his joy came from helping other people. Rarely passing an opportunity when others needed help he was always ready to lend a hand. His never-tire never-complain, never-sit-still style was endearing. Jerry worked diligently for IBM for 33 years. His goal was to retire at 55 years old, and that he did in 2013. He then pursued a life-long dream of becoming a truck driver and the opportunity came with FedEx, which gave him the necessary training to drive an 18- wheel, tractor-trailer. He embraced that job with the same joy and passion as he did with any other task he endeavored to try. No job was too intimidating. He was a fix-it-yourself guy and attempted to resolve problems of any kind for anyone. He considered himself blessed even through his struggle with aggressive brain cancer, and kept a positive outlook, inspiring others with his peaceful spirit. Jerry is survived by his wife of 33 years, Tammy P. Harvey, and their 3 sons, Thomas N. Harvey (Danielle), Theodore R. Harvey (Cassie), and Joshua C. Harvey and his parents, Theodore C. and Sharon K. Harvey of Effingham, SC. He also was a proud grandpa to Charles E. Harvey, (son to Ted & Cassie). A memorial service celebrating Jerry's life will be held Sunday, July 22nd at 1:30pm at The Summit Church, 3000 Lufkin Rd., Apex, NC 27539. In lieu of flowers the family requests that a donation be made to the charity of your choice.

Jerry Ray Harvey, born 22 minutes after his identical twin Gerry Jay, on April 26, 1958 in Wahiawa, Oahu, was taken to his eternal heavenly home on June 25, 2018. His sparkling blue eyes lit up his face like a Christmas tree and his enthusiasm... View Obituary & Service Information

The family of Jerry Ray Harvey created this Life Tributes page to make it easy to share your memories.