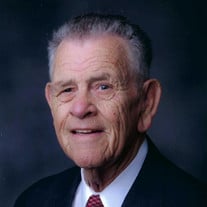 James Nello Yeargan, 88, passed away October 27th, 2019 after a series of complications from diabetes and pneumonia. He was preceded in death by his parents James Foy and Lela Yeargan, step mother Bessie Yeargan, his brother John Leonard Yeargan,... View Obituary & Service Information

The family of James Nello Yeargan created this Life Tributes page to make it easy to share your memories.

Send flowers to the Yeargan family.