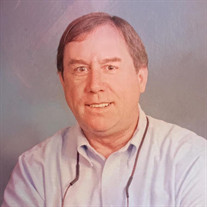 James “Geary” Morton Jr., age 73, of Raleigh, NC departed this life on Saturday, April 3, 2021. He was a loving and devoted husband, father, grandfather, and a cherished friend to many. Geary was born in NYC's Women’s Hospital on December 18, 1947. He was a curious and active child enjoying his early years living in the planned community of Parkchester in the Bronx. He spent a memorable 6th-grade year living with his grandparents in St. Petersburg, FL where he attended Mt. Vernon Elementary School. Following his time there, Geary lived in Nags Head, NC and attended Manteo High School. He had spent summers fishing and hunting on the Outer Banks and developed his deep affection for the area. After high school, Geary headed to Raleigh and NC State University to study Electrical Engineering. He soon landed a job with public television in the "Raleigh Studio" at NC State and his outstanding career was set. The coast was so special to Geary, he maintained a residence there and loved sharing this special place with friends and family. Geary worked for UNC-TV—now PBS North Carolina—for 52 years. His coworkers became family to him. He was very dedicated to his career, working in many facets of production and sometimes it seemed, public relations. He worked many nights and weekends on projects in which he took tremendous pride. He was best known professionally for producing and directing “The Woodwright’s Shop” with Roy Underhill, one of the longest-running series nationally distributed by PBS. He was best known personally for his generous heart, steadfast friendship, and fun-loving demeanor. Geary met many people from all walks of life during this time working and traveling for UNC-TV, making countless lifelong friends. He never met a stranger. Geary was an avid collector of all things cool and unique. He was a man of many talents and he was never at a loss to share his expertise with anyone who needed his assistance. He was the “first” to try many things–Apple Computers, microwaves, car cell phones—just about anything that seemed to have potential and was interesting. It gave him great joy to give gifts and thoughtful tokens. He was an eclectic person who was always up to hearing and telling a good story and having a good laugh. It would be just like him to go out with one last dad joke and “blast off on 4-3-21.” He was preceded in death by his parents, James Geary Morton Sr., who was a decorated WWII hero, and Love Brice Morton. Left to cherish his memory: his loving wife Carolyn, sons James Geary Morton III of Wilmington, NC and Cal Lawrence, his wife Sandon and their children Allie and Cooper Lawrence, all of Lake Gaston, VA, and a host of relatives and friends. A memorial service over Zoom will be set for a later date - please check his Facebook page for details to be posted when arrangements are made. In lieu of flowers please make donations to Juvenile Diabetes Research Foundation, c/o Triangle & Eastern NC 104 Westpark Drive Suite 415 Brentwood, Tennessee 37027 (Memo: Geary Morton)

The family of James "Geary" Morton, Jr. created this Life Tributes page to make it easy to share your memories.