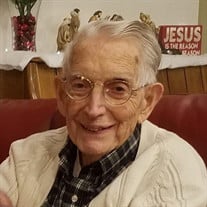 James Lee Cotton, age 95, of Apex, N.C. went to be with his Lord on Monday, January 6, 2020. He was born on December 29, 1924 in Washington, D.C. the son of James Luther Cotton and Mary Catherine Maloney. He had 3 brothers who predeceased him: Bob, Dick and Paul. He was married on September 20, 1952 to Julia Joyce Chambers. They were blessed with 7 children: Christine (Dana), James (Erin), Marie (Don), Loretta (Ben), Richard (Gina), Barbara (deceased) and Bill (Cindy); and 16 grandchildren: Randy (Jamie), Andy (Paula), Becky (Phillip), Colleen (Chris), Kelly, Connor (Aleis), Keegan, Rachel, Ricky, Renee, Mason, Madelyn, Ethan, Julia, Samantha, Joe and Noah (deceased); and 7 great grandchildren: Raine, Isaac, Iden, Wyatt, Allie, Robin, Dani Grace. He was proud to have served as a Page and Assistant Librarian for the U.S. Supreme Court. He served as a Navigator on a B17 during WWII and enjoyed reunions with the 388th Bomb Group. He was graduated from Catholic University with a degree in Mechanical Engineering and went on to a career as a Cost Systems Analyst for the Federal Government and a contractor in the private sector. He retired in 1989. Upon retirement, he and Joyce enjoyed world wide traveling from their home bases in Northern Virginia and Orlando, Florida. He and Joyce later settled in North Carolina. His Catholic faith was paramount to him and he served as a Lector and Eucharistic Minister in every parish of which he was a member. Meet & Greet will be held Sunday evening, January 12, from 5 to 7 pm at Cambridge Village, 10000 Cambridge Village Loop, Apex, N.C. 27502. Go to the left at front of the building and drive around to the back of the parking lot to the last entrance at the end of the building. Mass of Christian Burial will be held at St. Andrew Catholic Church on Monday, January 13th at 10:45 am with luncheon reception to follow in the Parish Hall. Burial at Arlington National Cemetery and a Memorial Mass will be held in the DC area at a later date. If desired, in lieu of flowers, donations may be sent to Catholic Charities: https://www.catholiccharitiesraleigh.org/

James Lee Cotton, age 95, of Apex, N.C. went to be with his Lord on Monday, January 6, 2020. He was born on December 29, 1924 in Washington, D.C. the son of James Luther Cotton and Mary Catherine Maloney. He had 3 brothers who predeceased him:... View Obituary & Service Information

The family of James L. Cotton created this Life Tributes page to make it easy to share your memories.