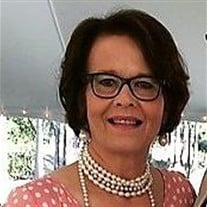 Have you ever been in the presence of an angel? Today, thousands of people can profess that they have had the gift of coming face to face with an angel. She walked our schools, hugged our children, sang heavenly praises in our choirs, prayed over our homes and served us well with her humor and her baking abilities. That angel’s name was Felecia Maynor Locklear, and on Wednesday, August 22, our Father in heaven called His angel home. For 60 years, Felecia happily poured out her heart, her love and her life to everyone she came in contact with. But her ability to love others so well didn’t come by happenstance. Raised alongside her brother Bryan Kennedy Maynor in Pembroke, N.C., by the late Kenneth Ray Maynor and Geraldine Bullard Maynor, Felecia witnessed daily demonstrations of hard work, dedication, service, selflessness and Christ-like love. It was in her parents’ house, during those formative years, that she discovered her love for baking, her love for music and her love for service. In 1975, after graduating as Pembroke Senior High School’s class valedictorian, she made her way to the University of North Carolina at Greensboro, where she earned her undergraduate degree in music education. After marrying the love of her life, Anthony Locklear, Felecia’s career eventually brought her back to the Robeson County public school system. It was there, as the Pembroke Elementary School music teacher, that Felecia earned a master’s degree in education administration. In 1994, the Lord eventually led Felecia, Anthony and their two daughters – Anjelica Cummings and Francesca Carter – to move to Cary, N.C., where Felecia lived out the final 24 years of her life story on this Earth. With the Lord’s provision and her obedience, Felecia entered into the greatest chapters of her life as she served and stewarded the hearts and minds of children and teachers for 18 years as the principal of Brooks Museums Magnet Elementary School. After 38 years of service to the state of North Carolina and seeing her professional accomplishments be recognized on local, regional and national levels, her greatest role on this earth was not defined by her professional career – rather it was her role as a servant of God, family and others. In 2014, Felecia adopted a new name. Above the joy she gained from being called wife or mom, Felecia’s greatest title came from the two little Lumbee girls who called her Honey—Annabelle Juliette Cummings and Elizabeth Kennedy Cummings. While her physical body may no longer be walking, talking, baking, teaching or singing on this earth, we must not be dismayed. Her angelic light still shines – and it can be seen in every soul she touched. We will celebrate the life of this wife, mother, daughter, sister, friend, leader, mentor, servant and angel on Saturday, August 25, at 2:30 p.m. at Apex Baptist Church in Apex, N.C. A time for fellowship with the family will follow immediately after the service. Felecia’s presence will certainly be felt as we reminisce on her life over conversation, laughter and decadent Felecia-inspired desserts. Please wear red, blue or yellow in honor of her beloved Brooks Museums Magnet Elementary School. A private family burial will be held at 6 p.m. We will celebrate again on Sunday, August 26, at Berea Baptist Church in Pembroke, N.C. Come brightly dressed to celebrate her life at 3 p.m., and join our family for another round of Felecia-inspired desserts and fellowship with the family directly following the service.

Have you ever been in the presence of an angel? Today, thousands of people can profess that they have had the gift of coming face to face with an angel. She walked our schools, hugged our children, sang heavenly praises in our choirs, prayed... View Obituary & Service Information

The family of Felecia Maynor Locklear created this Life Tributes page to make it easy to share your memories.

Have you ever been in the presence of an angel?
Today, thousands...

Send flowers to the Locklear family.