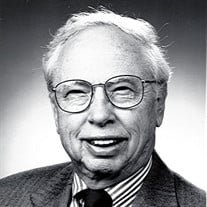 Edward M. Moldt November 16, 1930 – November 12, 2016 Edward M. Moldt, 85, most recently of Fuquay-Varina, NC, passed away peacefully on November 12, 2016, four days short of his 86th birthday at Windsor Point in Fuquay-Varina following a long battle with Alzheimer’s. Ed was born November 16, 1930 in Clinton, Iowa to Harold Sr. and Kathryn (Hurley) Moldt and spent his youth in Dubuque, Iowa. He started setting goals early beginning with his Eagle Scout and a related Catholic Scout medal, the Ad Altare Dei. Another early goal focused on studying for the Catholic priesthood so Ed attended a Catholic seminary in the Chicago area for high school where he played virtually every sport. He ultimately changed directions and next attended Loras College in Dubuque, the second oldest Catholic college west of the Mississippi River. As a ’52 graduate, Ed continued to support Loras throughout his life, returning to teach there later in life. A new chapter began when Ed met the love of his life, Alice Kehoe, during a snow storm when he helped push her date’s car out of a snow bank. Things snowballed from there and they were married January 31, 1953 in Dubuque. Ed was graduated with an MBA in Finance from Indiana University 1959 and would return to IU years later as an Entrepreneur of the Year to teach entrepreneurship to undergraduate and graduate students. His career included a corporate phase (Collins Radio Company, merged into Rockwell International) and Philip Morris coated papers division), a brokerage firm chapter (Shearson Hayden Stone), an investor phase (buying and selling companies) and perhaps his favorite focus – teaching entrepreneurship at the university level. Ed served as a major force in building entrepreneurship programs at several universities including the Wharton School of Business at the University of Pennsylvania, the John Pappajohn Entrepreneurial Center at the University of Iowa and the Indiana University Kelley School of Business, Bloomington, Indiana, and Loras University, Dubuque, Iowa. Many of his classes were standing room only and students contacted him for advice years later. While Ed enjoyed a variety of business successes, his pride and joy were his family – he and Alice shared a life and love of 63 years and a family of five children who were raised to be true to themselves, to pursue their individual passions and to always make situations better than they found them. Raise a toast to Dad for his lifelong optimism that always saw the cup overflowing, his contagious laughter, his incredible perseverance and his steadfast loyalty to family and friends. We were the lucky ones. He was preceded in death by his parents, two brothers, Harold Jr. and Jim Moldt; his parents-in-law, Vincent and Rose Kehoe; a sister-in-law, JoAnne Moldt, a brother-in-law, Bob Kehoe, and two nieces, Sheila Moldt Lynch and Kim Kehoe Billmeyer. Ed is survived by his wife of 63 years, Alice, his five children, Karen, Marianne and Thomas Moldt of Cary, North Carolina, Michele (George) Knoth, Indianapolis, IN and John (Patrick) (Mary) Moldt of Apex, North Carolina. Five grandchildren will miss his laughter, life lessons and guidance: Meghan, Caroline and Will Knoth of Indianapolis, IN and AliJane and Grace Moldt of Apex, NC. He is also survived by two sisters-in-law, Shirley (Jim) Moldt and Mary (Bob) Kehoe as well as many loved nieces and nephews. A funeral Mass will be held 12:00 pm on Friday, November 18, 2016 at St. Michael the Archangel Catholic Church, 804 High House Road, Cary, North Carolina. A visitation will be held at the church a half hour before the Mass. Burial will take place at the Wake Memorial Park in Cary, North Carolina. In lieu of flowers, donations can be made in Ed’s name to The Alzheimer’s Association of North Carolina or to Transitions LifeCare, 250 Hospice Circle, Raleigh, NC 27607. Condolences for the family can be sent c/o Alice Moldt, 202 Wilbon Road, Apt. 706D, Windsor Point, Fuquay-Varina, NC, 27526.

The family of Edward M. Moldt created this Life Tributes page to make it easy to share your memories.

Send flowers to the Moldt family.