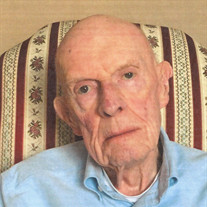 Lieutenant Colonel (Retired) Donis Everett Rice, a resident of Cary, North Carolina, passed away peacefully in the presence of his wife and four children on October 27, 2019. Don was a devoted husband and father and a devout Catholic. Don was born in Seven Mile Ford, Virginia, on July 1, 1931, to Carl and Helen Rice. He was a graduate of Virginia High School in Bristol, Virginia. He was an Eagle Scout and a Vigil Honor member of the Order of the Arrow. He attended Emory and Henry University, where he played football, and Clemson Agricultural College (now Clemson University), where he was a member of the Corps of Cadets. Don enlisted in the United States Army in September 1952 and was commissioned an officer in August 1953. He was an Army aviator and flew both fixed wing aircraft and helicopters. He served two tours in Vietnam. He retired in December 1972, after over 20 years of military service. After retirement, Don attended and graduated from East Tennessee State University, where he received both a Bachelor of Science and a Master’s Degree in Fine Arts. Don later served as an Army civilian employee, from August 1977 until December 2011, primarily with the U.S. Army JFK Special Warfare Center and School, Fort Bragg, North Carolina. Don was an accomplished photographer and received the Fort Bragg Playhouse’s most prestigious award, “The Iron Mike,” in May 1980 for his portraits of actors. He enjoyed fishing, woodworking, and working on cars (especially Saabs). Don was preceded in death by his parents and his sister, Nancy Buck Robinson. He is survived by his wife of sixty-five years, Laura Evelyn Johnson Rice; children, Cindy Laughlin (Len Laughlin), Mark Rice, Gwen Wolf (Joe Wolf), and Belinda Brockington (Gary Brockington); ten grandchildren; and eleven great-grandchildren. A Funeral Mass will be held at Saint Andrew’s Catholic Church, 3008 Old Raleigh Road, Apex, North Carolina, on Tuesday, November 5, 2019, at 11:00 a.m. The family will greet friends from 10:15 until 10:45 in the Church. The family requests that in lieu of flowers a donation be made in memory of Donis Rice to the Dementia Society of America, PO Box 600, Doylestown, PA 18901 or www.dementiasociety.org/donate.

Lieutenant Colonel (Retired) Donis Everett Rice, a resident of Cary, North Carolina, passed away peacefully in the presence of his wife and four children on October 27, 2019. Don was a devoted husband and father and a devout Catholic. Don... View Obituary & Service Information

The family of Donis Everett Rice created this Life Tributes page to make it easy to share your memories.