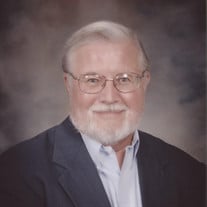 Celebrated Author, Artist, and Engineer David Lawrence Linhardt passed away peacefully on August 11th, 2021 at his home in Cary, NC. He was 78 years old. David was born in Lancaster NY, on 07/23/1943. He was the son of Florence Linhardt. He was preceded in death by his daughter, Jennifer White who passed away in 2001 and is survived by his loving family; wife Mary Alice, Son's David Linhardt, Michael Linhardt (Nichole Markley Linhardt) and Jeremy Linhardt, his daughter Molly Linhardt (Schnee) (Nicholas Schnee) as well as by 4 amazing grandchildren (Sophia Linhardt, Abigail Schnee, Camille Schnee, and Jackson Linhardt) David's life was one of constant self-improvement. His natural intelligence and curiosity led to a college degree, a fulfilling science-based career, and a commitment to learning new and interesting things throughout his life. David was a graduate of Purdue University where he obtained his bachelor’s degree in Chemical Engineering and where he met his wife of 55 years, Mary Alice (Wigmore) Linhardt. After college David and Mary settled in Bay City, MI and later Midland, MI where David worked for the Dow Chemical company for 30 years and where they raised their five children. David's career later took them to Cary, NC where David retired from Bayer Corporation and lived the remainder of his life pursuing his passion for writing and painting. David was an extraordinary person. He was a lover of the outdoors, a fisherman, a yachtsman, a DIY craftsman, an author, and prolific painter throughout his life. However, his greatest accomplishment was his ability to in-still a love of learning into his own children. All of whom have gone on to become successful in their own lives. Following the death of his eldest daughter Jennifer, David became a strong believer in his faith as a Catholic. He was a regular member of St Andrews Apostle Church in Apex where he enjoyed attending mass and singing in the choir with Mary Alice. He was well liked within the community and spent much time serving those in the community around him. Through his creative work and personality, he touched the lives of many people and he will be dearly missed by his friends and family. David is now at peace, and those who loved him most will remember him as a dedicated father who taught his kids to enjoy life, be open to new ideas, and to be interested in all that life has to offer. Funeral services will be held at St Andrews Apostle Catholic Church in Apex, NC. The family has asked that instead of sending flowers to the service to please donate to St Jude Children's Research Hospital using the following link: https://www.stjude.org/donate The funeral home of Wake Funeral and Cremation is honoured to be assisting the Linhardt Family in their time of sorrow.

Celebrated Author, Artist, and Engineer David Lawrence Linhardt passed away peacefully on August 11th, 2021 at his home in Cary, NC. He was 78 years old. David was born in Lancaster NY, on 07/23/1943. He was the son of Florence Linhardt. He... View Obituary & Service Information

The family of David Lawrence Linhardt created this Life Tributes page to make it easy to share your memories.

Send flowers to the Linhardt family.