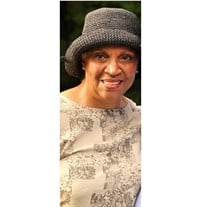 Carole Eileen Johnson (née Fleming), of Apex, North Carolina, passed away on Wednesday, October 21, 2015 at the age of 76. Carole was born the youngest of eight children to parent’s Cecil and Rebecca Tate Fleming on April 29, 1939 in Elizabeth, New Jersey. She was raised to have a passion for life and a flair for the arts as all of the Fleming children were taught to sew and expected to create. As a teen Carole attended Charm School with the acclaimed Ophelia DeVore Modeling Agency and blossomed as a model and dancer in her young adult years. One day Carole met a woman whom she was determined to make family; the lore says it all started with a picture of Gwelda’s son, Norman Johnson. Carole liked, and pocketed the picture of the handsome sailor and while he was home on leave, fate made certain they meet. Carole and Norman fell in love and married July 23, 1960. In the late 60’s Carole took on big city life and began her career as a corporate executive in Manhattan. Her career began with working for the New York Times and Chemical Bank but she blazed her trail, combining her passion for Civic Responsibility and her ridiculously solid work ethic, she made a name for herself as an up and coming executive at Philip Morris, facilitating tremendous financial support and development for Game Changers like Romare Bearden, Gordon Parks, Arthur Ashe and Arthur Mitchell’s Dance Theater of Harlem. In the late 1970’s Carole transitioned to working in the Pharmaceutical Industry, so she could escape the city rat race and work closer to home in New Jersey. Carole shifted her focus to Human Resources and Organizational Development, working for Sandoz Pharmaceuticals, while exhausting her philanthropic efforts towards The Links Incorporated and Jack and Jill of America. Her desire to help others was evident with the grand finale jewel in her career crown the position she held in the late 1990’s, as the Vice President of Human Resources for the Planned Parenthood Federation of America. Carole devoted her life to creating art and spent her life determined to make the world a more beautiful place. Carole is survived by her husband, Norman Johnson, daughter, Nicole Cush, her granddaughter Kyrie Antoinette, and sons Mark Johnson and Marcqus Johnson. She is preceded in death by her parents, Cecil and Rebecca, her brothers, Walter, Edwin, Cecil, Jack, Robert, Albert, and sister Jean The Memorial Gathering will take place at Wake Memorial Park, 7002 Green Hope School Rd, Cary on Sunday, October 25th at 12 PM and friends and family are invited to attend a gathering at the home of Donald and Nicole Cush shortly thereafter.

Carole Eileen Johnson (née Fleming), of Apex, North Carolina, passed away on Wednesday, October 21, 2015 at the age of 76. Carole was born the youngest of eight children to parent&#8217;s Cecil and Rebecca Tate Fleming on April 29, 1939 in... View Obituary & Service Information

The family of Carole Eileen Johnson created this Life Tributes page to make it easy to share your memories.