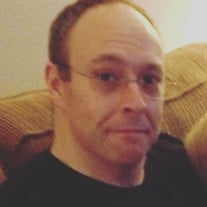 The Captain of My Vessel Young and tender as a blossomed orchid, I was caressed and treasured. As a newly born fawn stumbling about, I was frightened and unsure. Guided by the loving and caring hand, I was amazed by my accomplishments. Scolded and chastened by the proud and wise hand, I was humbled by my failures. As I sailed through life's calms and surfs, I often questioned my captain. I took his answers as the law, and religiously enforced it. Those laws gone not enforced, were mine to ponder. Soon finding many of my decisions to be imprecise, I grew in admiration and respect. While sailing the roughest seas, I often looked to him for advice. He wisely told of the safest way to go, but confidently gave me the choice. Many times I was victorious and proud, by sailing the simplest seas. But then he steered me toward the tempest, and it was there I received courage. My heart pounding from the sight of land, for this was to be my final journey. I then wept at my next discovery, for I would be my own captain...for next and always. Albert Allen Belk, 47, of Morrisville, NC passed away suddenly on Tuesday, October 16, 2018. A native of Mississippi, Allen migrated to North Carolina after Hurricane Katrina and worked for NetApp in Research Triangle Park. In 2008 he married Kelly Orr, and in 2010 they welcomed a beautiful son, Peyton Christopher Belk. In addition to his wife and child, Allen is survived by his sister, Molly Belk Powell (Chris) of Pascagoula, MS and his brother, Wilton Belk (Claire) of Memphis, TN, as well as his nieces and nephew: Katie Rogers, Trey Powell, Emily Ford, Abby Belk, their spouses and children. He was beloved by his in-laws, the Orr family, Larry, Cathey and Meridith, as well as their extended family. He was preceded in death by his father, Jasper Wilton Belk and his mother, Bettie Jo Richardson, both of Mississippi. Allen ‘s life was filled by faith, family, and football. He was a dedicated employee at NetApp and always believed it to be “One of the Best Places to Work.” He was a lifetime fan of the New Orleans Saints, and proudly celebrated their 2010 Super Bowl victory. He loved animals and surrounded himself with a menagerie of pets. Allen had a passion for cooking, especially red beans and rice, and homemade bread. He underestimated his own creative abilities but was extremely talented in writing, especially poetry. A Liturgy of the Word will be held at Saint Andrew the Apostle Catholic Church in Apex, NC on Monday, October 22 followed by his internment in the Saint Andrew Memorial Garden and Columbarium. Memorials may be made to the SPCA of Wake County and the American Heart Association.

The Captain of My Vessel Young and tender as a blossomed orchid, I was caressed and treasured. As a newly born fawn stumbling about, I was frightened and unsure. Guided by the loving and caring hand, I was amazed by my accomplishments. Scolded... View Obituary & Service Information

The family of Allen Belk created this Life Tributes page to make it easy to share your memories.

The Captain of My Vessel

Young and tender as a blossomed orchid,...

Send flowers to the Belk family.