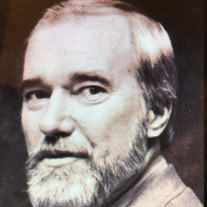 How does one capsulize, in words, a giant of a man? Not only in stature necessarily, but in beneficence and faith. Alexander came into the world December 21, 1928, in Boston, Massachusetts, more specifically the Roxbury section. He loved and was proud that he was reared in a melting pot of poverty and brotherhood. The names of his friends read like a manifest of immigrants to the new world. Always the diplomat, every nationality was represented, enabling him to assemble sports teams that sounded like a mini United Nations. Al was the first-born child of Alexander Angus, and Elizabeth Catherine Wilmouth. He was especially close to his paternal Grandmother, and his maternal Grandfather. From the early age of 6, he began his much-loved role as “helper.” He attended the Timulty and also Dudley Grammar School where he was a regular on the High Honor Role. He finished primary school at Boston Latin and later attended Boston Trade High School. After High School he worked for several years as a mechanic and truck driver. He then decided to pursue academia and attended Boston's Teacher College for 2 years, until he was drafted into the Army. He served as Cadre in the 10th Mountain Division at Camp Hale, Colorado. After an honorable discharge he returned to college to finish his Bachelor of Science in Education from Hofstra University. Drawn by the promise of higher teacher salaries, he and a friend, Bunky McCarthy, left Boston and headed to Nassau County, New York. They were both hired by Levittown Memorial High School as Shop Teachers. Two years later, with the opening of a new school, he transferred to Jonas B. Salk Junior High School. This is where he would meet the love of his life, Cynthia Jane Straub. After a fairytale love affair, they were married August 22, 1959, in Brookfield, Connecticut. Their married life began in Northport, NY, and later they purchased their first home in Freeport, NY. After several years of marriage, they welcomed their first child, Alecyn Elizabeth, in 1967, followed by Regina Frances, in 1969. He found the role of Father the most rewarding and he was great at it. After establishing his career as a shop teacher, he completed his Master's Degree in Administration at C.W. Post, and transferred to Uniondale High School where he began to ascend the ranks of administration. First, as a guidance counselor, then Vice Principal, and finally the position of Principal to over 3,600 students during the tumultuous 1970's. In this extremely challenging, rewarding, often heartbreaking and difficult position he found his niche. Through their involvement in Marriage Encounter, 47 years ago, he met and maintained many life long and “deep” friendships. His charitable contributions to parish and community were monumental and his work with St. Andrew the Apostle Catholic Church in Apex included AIDS Ministry, Prison Ministry, Disciples in Mission, Wake Interfaith Hospitality Network (aka Family Promise), as well as grounds keeping. There were also many years more years of mentoring and volunteer service that included Kiwanis, Wake County Guardian Ad Litem, Jimmy V Celebrity Golf Tournament, and the Ironman Triathalon in Kona, Hawaii. His favorite charities included Covenant House, Unbound and Wake SPCA. He is well known for his phenomenal sense of humor and his legendary walk on the Appalachian trail. He was predeceased by his parents, his brother Joseph Robert, his Sister Lillian Catherine, daughter Alecyn Elizabeth, son Andrew Joseph. He is survived by his wife Cynthia Jane, his daughter Regina Frances, and her Fiance, Scott David Goodsite, his brother Stephen Hugh and his wife Jacqueline, his sister in law Pamela Mary and her husband Rafael Vidal, and brother in law Willard and his wife Jean, and many beloved nieces, nephews, cousins and friends. He is a man who will be greatly missed. Godspeed Al! A funeral mass will be held 11:00 am Saturday, February 17, 2018, at St. Andrew The Apostle Catholic Church, 3008 Old Raleigh Rd, Apex, NC 27502, with a luncheon to follow in the fellowship hall.

How does one capsulize, in words, a giant of a man? Not only in stature necessarily, but in beneficence and faith. Alexander came into the world December 21, 1928, in Boston, Massachusetts, more specifically the Roxbury section. He loved and... View Obituary & Service Information

The family of Alexander "Al" E. Ross created this Life Tributes page to make it easy to share your memories.

How does one capsulize, in words, a giant of a man? Not only...

Send flowers to the Ross family.